In an open letter addressed to the Swedish nation, the Swedish descendant long-time American diplomat and writer Jim Horn asks Swedes to rouse their souls and defend what is rightfully theirs. 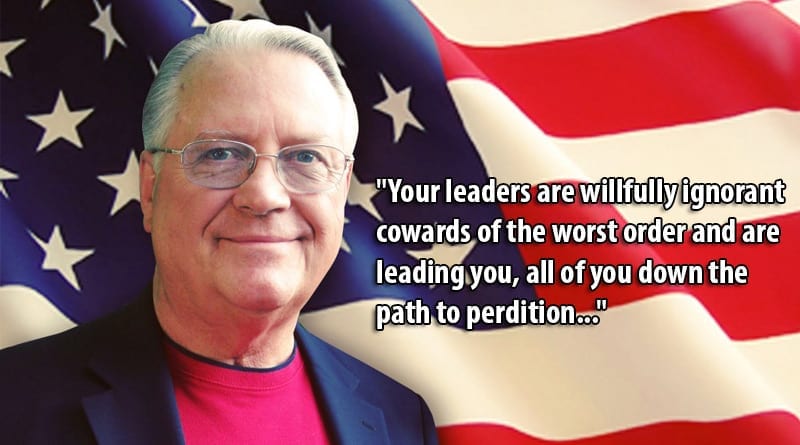 Sweden, I am torn. I am so disappointed. Where should I begin this sad but hopeful letter? How can I express my feelings and passion for you. I am an American, and have never been on the soil of Sweden. But Emma Stina was born in Sweden.

I don’t know the city of her birth or the circumstances or why she and her sister left Sweden. But this I know: Emma came to Northern Minnesota to work as a servant for Edwin Bjontegard, a widower with young children. Edwin was a Lutheran missionary in Northern Minnesota ministering to Swedish and Norwegian timber workers engaged in harvesting from the great forests near Virginia, Minnesota. Emma took care of Edwin’s children and his house, a log cabin. Emma escorted Edwin’s younger children to and from their school, about two kilometers distant carrying a .38 revolver used to shoot wolves that came too close to her and the children. She was a petite Viking. Slightly younger than Edwin’s son, Thorvald took over the armed escort duties when he was twelve so that Emma could pursue her household duties. In time, Emma and Thorvald got married and started their own family. I have seen their early photographs. Emma was very pretty. Thorvald was homely.

After settling in Minneapolis Pretty Emma brought six children (three boys and three girls) into the world. One of the girls died during a childhood illness. Emma and Thorvald’s five children, half Swede and half Norwegian in the great melting pot of America survived to adulthood, and their Viking heritage came forward where four fought heroically in WWII and in Korea. Very pretty like Emma, Kathryn, my mother could not serve in the military but worked in a huge factory making big guns for the Navy.

While my mother worked, my beloved, precious grandmother Emma took care of me, protecting and nurturing me. My precious Emma left this world when I was twelve. After more than sixty years, there remains a void in my heart where my beloved Swede still lives. In the South East Asian war; and later when four armed Turks attacked me, my Berserker heritage prevailed.

Your Vikings were the earliest of European lineage to visit America. They traversed the Rhine and the Danube rivers to the Black Sea, through Constantinople where these awesome warriors defeated Mohammedans. Other Vikings remained as personal palace guards to the Sultan, the Caliph of Islam. Some settled in the Atlas Mountains of North Africa where that same lineage of blue eyes and fair complexions live, and are called the Berbers. Vikings brought organized, disciplined leadership to that great European and Asian lands of Russia, and remains of intrepid European explorers have even been found in distant China. People respected, feared, and honored them throughout the world.

What has happened to my awesome ancestral homeland that spawned such awesome greatness? Being neutral in not wanting to waste lives in war is one thing, but being neutral as in neutering oneself is another, shameful action. Over recent decades, my beloved Sweden has become a shameful shell of what was once great. Your generosity has been taken advantage of and abused by ungrateful, hostile, demanding refugees, colonizers.

Your leaders are willfully ignorant cowards of the worst order and are leading you, all of you down the path to perdition with your tolerance of those “refugees” who are not refugees but colonizing invaders that despise you. Some of your Moslem “guests” are already now taking over parts of Sweden and creating hostile outposts where they are waging warfare on you in your own house. The time is here for you to rouse your souls and defend what is rightfully yours. Show me your mighty Viking hearts, I know that they are there demanding to come out.

A video recorded lecture when Jim Horn speaks out about Islam can be found here.

Jim Horn is a retired American diplomat (in service for the United States between 1966 and 1993) and foreign service officer, serving as second secretary and vice consul for the U.S. Department of State for 27 years with administrative generalist duties including counter intelligence and counter-terrorism. Currently he is a writer and speaker with special expertise on political Islam and Sharia Islamic law.

He is the author of Moslem Men Fear Women (Islam Is Toxic For Females); Experiencing Islam (and becoming Islam-Aware); Islam in the Workplace: Guideline for Employers, Managers and Supervisors; and Healthcare in America: A Plan That An Honest Obama Could Appreciate