People of Poland, do not be naive!

In an open letter to the people of Poland Mother Svea warns the poles of the Swedish prime ministers forced "refugee" invader third world men forever changing the landscape of Poland as we know it. 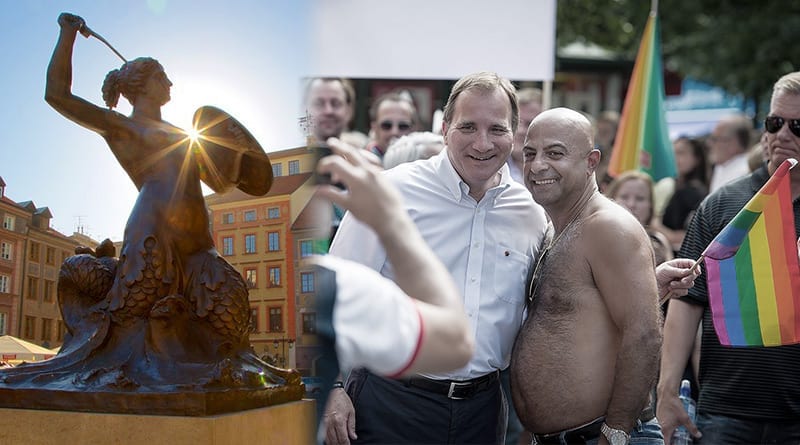 Recently Poland has been put under pressure by the Swedish prime minister and Globalist fifth columnist, Stefan Lövfen, to accept thousands of welfare seeking, combat aged, male Muslims who claim to be refugees.

Löfven has stated that Poland must take responsibility by accepting these. Please understand however, that this is NOT your responsibility. In fact, Stefan Löfven duped the trusting Swedish population with the very same rhetoric. Now look at what has happened to Sweden!

The situation in the country of Sweden is out of control; sexual crimes perpetrated against Swedish women, children and even men are sky rocketing. We have seen representatives of the people that Löfven is trying to force on you commit the most horrendous acts of violence, from the beheading of a woman at an IKEA store to the recent terror truck attack in Stockholm. Is that what you want for your own country?

A sign of Stefan Lövfen’s lack of morals is how he dismissed the chaos that has resulted from the invasion which he facilitated, with the words: ”We have been naive.”

People of Poland, do not be naive! Do not trust a man who has even betrayed his own people. Do not let Stefan Löfven, like a second coming of Adolf Hitler, destroy Poland by forcing an invasion on you.

Thousands, if not millions of Swedes are rooting for Poland to stand up to Löfven’s undemocratic arrogant dictatorship.

While there is still hope for your country, follow Britain’s example and exit the totalitarian organization known as the European Union.

Mother Svea and her children
#SwedenSOS